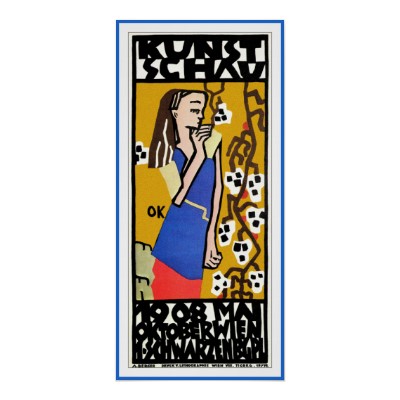 The studio at Rosemount was a converted barn a little way away from the house. It was used for dances and had a radio-gramophone, which was played all the time during art lessons. It was blaring away, and Mervyn and Wanda were doing a Samba among the easels when Daniel came in for his first class.  “Shut off that ruddy noise!” he shouted. He was learning fast how to talk to his pupils.
“Let’s make it a dancing lesson instead,” Wanda pleaded, jigging up to him and raising her left hand to his shoulder.
He brushed her off. “You’ve come here to draw, and draw you damn well will. Now get on those chairs, everybody, and pick the easels up and let’s see what we’re going to do.”
Gabriel always let them draw what they wanted. He insisted on it, in fact. They must paint to express themselves. “It doesn’t matter if it doesn’t look like anything,” he said.  “Draw the inside of your brain.”
So they splashed on blocks of mad colour and explosions of zigzag lines, and women with two heads, and men like playing cards with eyes in the wrong place. You could paint on the walls if you wanted to, or draw caricatures of the Helpers. That was observation.
Pamela always wanted to draw neat little pictures of cape gooseberries, or kingcups in a green glazed vase, with the reflection of the window highlighted in squares on the bulge. But when she drew flowers that looked like flowers, Gabriel ran his hand through what was left of his hair and said: “What do you think this is – a botany class?”

“I’ve been told I can let you draw what I like,” Daniel said.
“What we like,” they corrected him, lolling. John Birch was sharpening pencils with a Japanese dagger with which he was making great play this term, even eating his meals with it and using it on onions in the cookery class.
“We’ll start with the human form not so divine,” Daniel said. “One of you sit out here. You – girl with the red hair – come on.” He put Eileen on a chair in the middle of the room an arranged her arm and legs, which she rearranged as soon as his back was turned.
“Now you others get on and draw her. Draw, I said,” as Mervyn began to flourish a brush. “No colour until I see how you can use your pencils.”
While they began, with sighings and groans, he went to look out of the window where the grassland dropped downhill to the village among oak trees stunted by wind and pulled at odd angles by the slope. Pamela liked the view, but Gabriel would never let them paint it. He said it was bucolic, and made them look out of the other window and paint the slagheaps instead.
Perhaps Daniel would let her paint the rolling green view. He seemed to like it, and dragged herself away reluctantly to walk round the room and quell the scufflings that were breaking out as people got bored with drawing Eileen.
“Good God,” he said, as he looked at the drawings. “What is all this – spirit drawing?  None of them are anything like.” He picked up Mamie’s drawing, tried it upside down, turned it round again and said: “Ghastly.”
“Well, its how I see her,” said Mamie, who fancied her art, and was going to design materials for her mother’s shop.
“If that’s how she looks, God help her,” said Daniel, and Eileen stuck her tongue out at him.
“We’re always allowed to draw how we like,” said Mamie smugly. “You mustn’t repress us.”
“It’s just a waste of my time.” He said, flinching at what he picked up from Mervyn’s easel. “You could scribble that nonsense in the playroom.”
“Ah, but we haven’t got a playroom, and it isn’t nonsense. It’s the expression of our inner selves, Daniel.”
“If that’s the expression of yours,” he said, tossing the paper back to Mervyn, “I don’t want to know it – and don’t call me Daniel. I’ve never been a schoolmaster before, but my impression is that I should be called Mr. Brett, or even Sir.”
“Oh no, not here, Daniel.” They chorused.
When Daniel came to Pamela’s sketch, which had a head, two arms, two legs, buttons down the dress, and was just possibly recognizable as Eileen, he said: “Ah now, this is better. Here’s something sane at last.”
“Oh, her,” Mamie said scornfully. “She doesn’t count. She’s not been here very long. She hasn’t progressed as far as us.”
“Anyway, said Babette, “she’s wet.”
“I’m not!” Pamela picked up a ruler and fell on her. She had progressed far enough anyway to fight in class. Most of the others joined in, and Daniel wandered over to the gramophone and began to look through the records.
“Oh, look,” he said, “if you’re going to scrap, you might as well go and do it somewhere else. What time is this class supposed to end?”
“We go when we like,” they said.
“Well you can go when I like today. Scram.”
When the others went out, Pamela was left behind sniveling in a corner. Someone had hacked her  on her weak angle and it still hurt too much to walk, so Daniel said: “Sit down and finish your drawing. It’s not bad, you know. Those others – ye gods ! How old are those dead-end kids?”
“About fourteen or fifteen, this class. Babette’s sixteen, but she’s backward.”
“Hardly the word I’d have used.”
“They say I’m retarded,” Pamela told him, limping over to her easel, because I still like playing games. But I can’t see the point of being grown up too soon, can you? After all, you’ve got to be it the rest of your life.”
“Too true.”
Pamela was surprised to find she could say such things to him. The other Helpers would have told her to get wise to herself, or given her a little lecture on infantilism.
Daniel played the gramophone and wandered round looking at the pictures on the walls, while Pamela put shadings into her drawing of Eileen. She was quite pleased with it. At the High School, when her cape gooseberries were successful, she used to take them home for Aunt Winnie to hang in her bedroom, but Estelle would not want Eileen on the candy-striped walls of her bedroom, which had just one picture that Pamela thought must be the wrong way up.