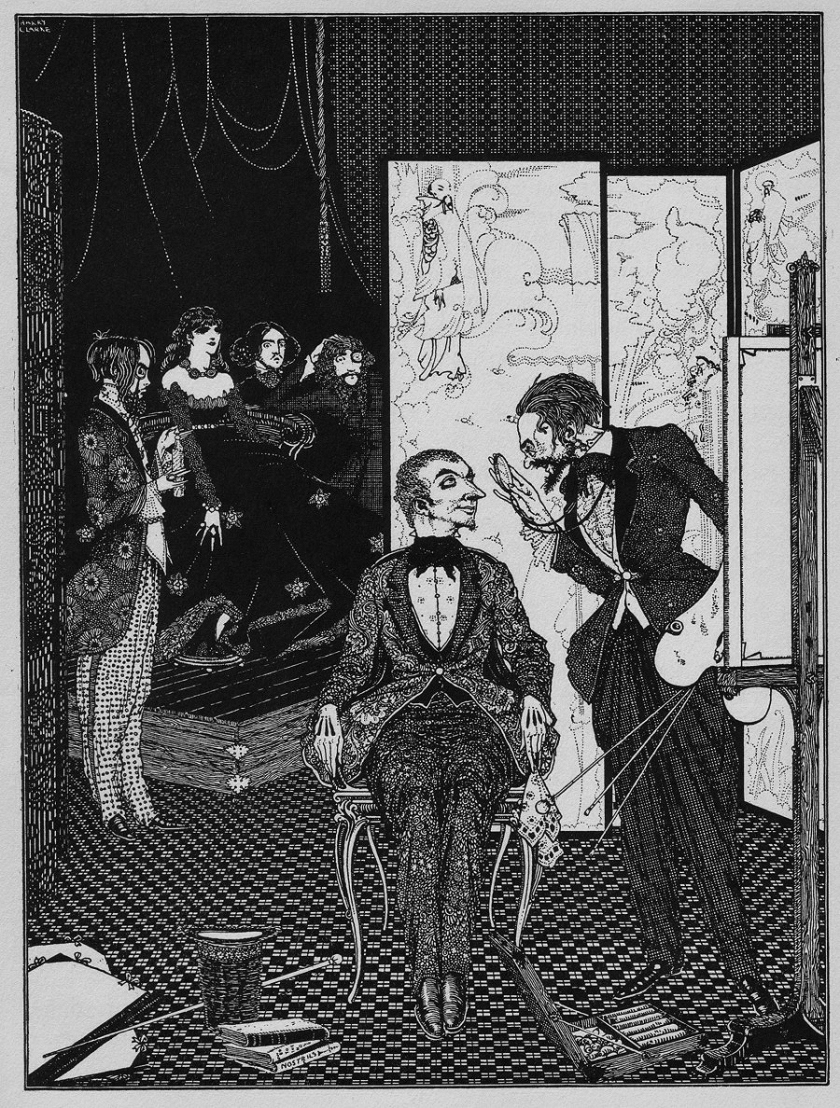 I shall ever bear about me a memory of the many solemn hours I thus spent alone with the master of the House of Usher. Yet I should fail in any attempt to convey an idea of the exact character of the studies, or of the occupations, in which he involved me, or led me the way. An excited and highly distempered ideality threw a sulphureous lustre over all. His long improvised dirges will ring forever in my ears. Among other things, I hold painfully in mind a certain singular perversion and amplification of the wild air of the last waltz of Von Weber. From the paintings over which his elaborate fancy brooded, and which grew, touch by touch, into vaguenesses at which I shuddered the more thrillingly, because I shuddered knowing not why; –from these paintings (vivid as their images now are before me) I would in vain endeavour to deduce more than a small portion which should lie within the compass of merely written words. By the utter simplicity, by the nakedness of his designs, he arrested and overawed attention. If ever mortal painted an idea, that mortal was Roderick Usher. For me at least — in the circumstances then surrounding me — there arose out of the pure abstractions which the hypochondriac contrived to throw upon his canvas, an intensity of intolerable awe, no shadow of which felt I ever yet in the contemplation of the certainly glowing yet too concrete reveries of Fuseli.

One of the phantasmagoric conceptions of my friend, partaking not so rigidly of the spirit of abstraction, may be shadowed forth, although feebly, in words. A small picture presented the interior of an immensely long and rectangular vault or tunnel, with low walls, smooth, white, and without interruption or device. Certain accessory points of the design served well to convey the idea that this excavation lay at an exceeding depth below the surface of the earth. No outlet was observed in any portion of its vast extent, and no torch, or other artificial source of light was discernible; yet a flood of intense rays rolled throughout, and bathed the whole in a ghastly and inappropriate splendour.