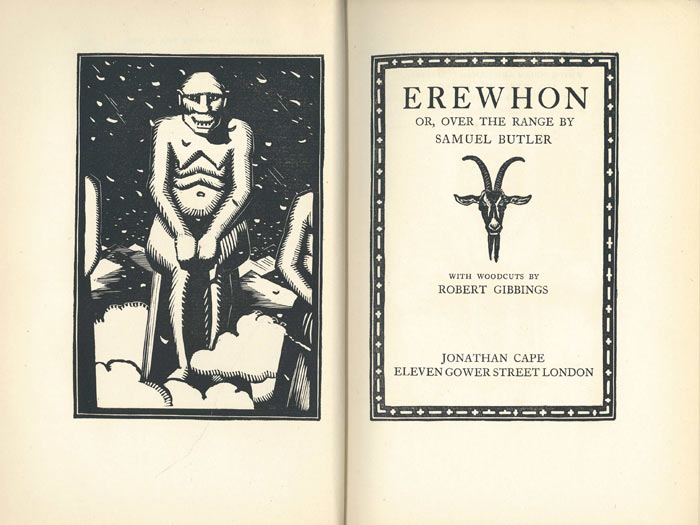 Let me return, however, to the Erewhonians.  Nothing surprised me more than to see the occasional flashes of common sense with which one branch of study or another was lit up, while not a single ray fell upon so many others.  I was particularly struck with this on strolling into the Art School of the University.  Here I found that the course of study was divided into two branches—the practical and the commercial—no student being permitted to continue his studies in the actual practice of the art he had taken up, unless he made equal progress in its commercial history.

Thus those who were studying painting were examined at frequent intervals in the prices which all the leading pictures of the last fifty or a hundred years had realised, and in the fluctuations in their values when (as often happened) they had been sold and resold three or four times.  The artist, they contend, is a dealer in pictures, and it is as important for him to learn how to adapt his wares to the market, and to know approximately what kind of a picture will fetch how much, as it is for him to be able to paint the picture.  This, I suppose, is what the French mean by laying so much stress upon “values.”

Image: Samuel Butler, Erewhon, or, Over the Range. London: Jonathan Cape, 1923. With Illustrations by Robert Gibbings