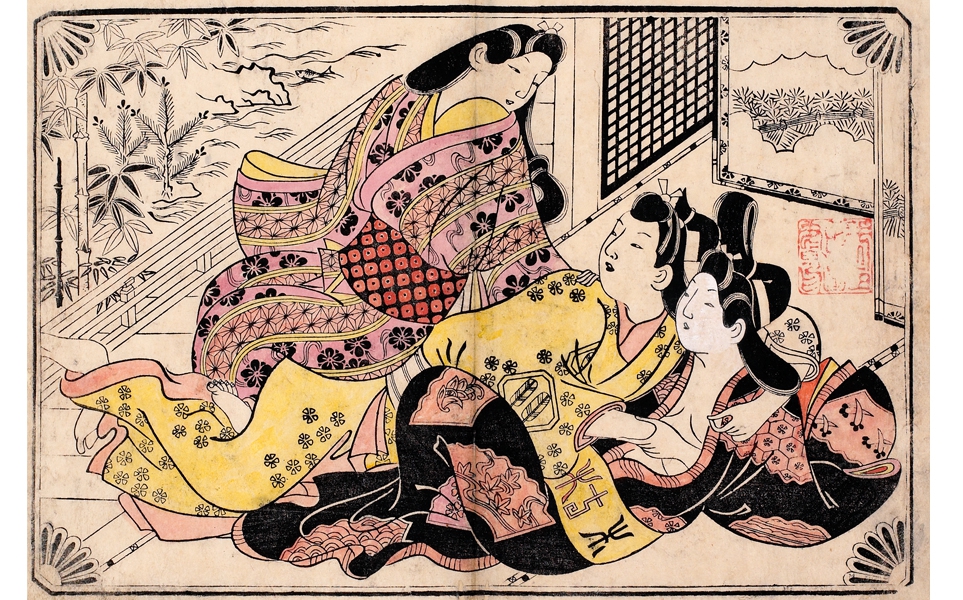 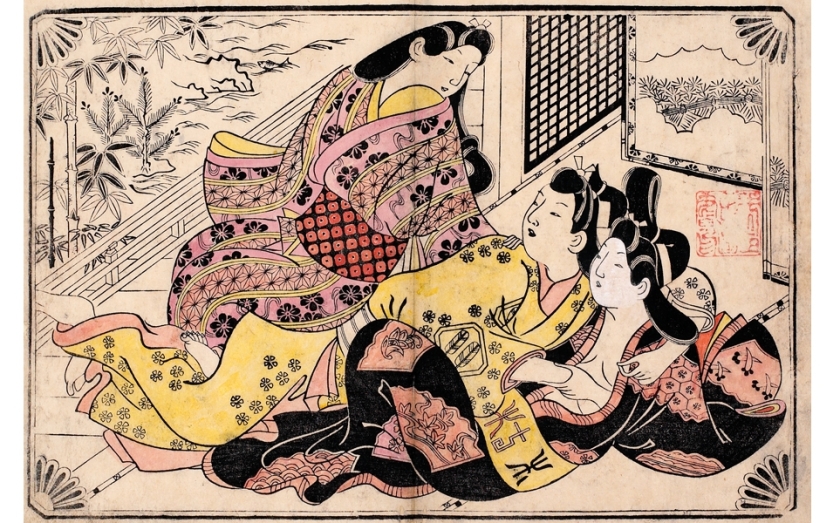 The collection of Uncle Dan’s Oriental Erotica prints turned out to be artistically second-rate and inept calisthenically. In the most hilarious, and expensive, picture, a Mongolian woman with an inane oval face surmounted by a hideous hair-do was shown communicating sexually with six rather plump, blank-faced gymnasts in what looked like a display window jammed with screens, potted plants, silks, paper fans and crockery. Three of the males, contorted in attitudes of intricate discomfort, were using simultaneously three of the harlot’s main orifices; two older clients were treated by her manually; and the sixth, a dwarf, had to be contented with her deformed foot. Six other voluptuaries were sodomizing her immediate partners, and one more had got stuck in her armpit. Uncle Dan, having patiently disentangled all those limbs and belly folds directly or indirectly connected with the absolutely calm lady (still retaining somehow parts of her robes), had penciled a note that gave the price of the picture and identified it as: “Geisha with 13 lovers.” Van located, however, a fifteenth navel thrown in by the generous artist but impossible to account for anotamically.