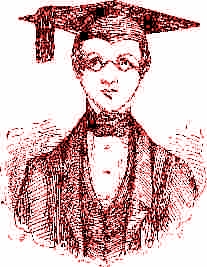 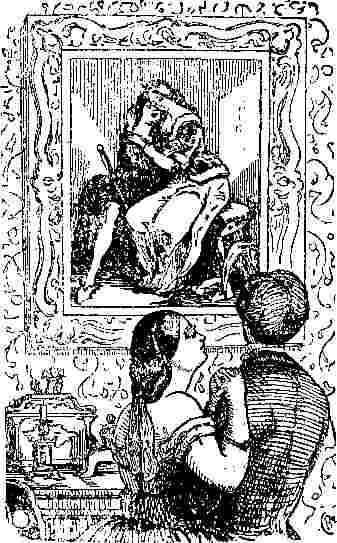 After ordering for dinner every thing that the house was enabled to supply, they made their way in the first place (as it could only be seen between 11 and 1) to Blenheim; the princely splendours of which were not only costly in themselves, but, as our hero soon found, costly also to the sight-seer. The doors in the suite of apartments were all opposite to each other, so that, as a crimson cord was passed from one to the other, the spectator was kept entirely to the one side of the room, and merely a glance could be obtained of the Raffaelle, the glorious Rubens’s, [19] the Vandycks, and the almost equally fine Sir Joshuas. But even the glance they had was but a passing one, as the servant trotted them through the rooms with the rapidity of locomotion and explanation of a Westminster Abbey verger; and he made a fierce attack on Verdant, who had lagged behind, and was short-sightedly peering at the celebrated “Charles the First” of Vandyck, as though he had lingered in order to surreptitiously appropriate some of the tables, couches, and other trifling articles that ornamented the rooms. In this way they went at railroad pace through the suite of rooms and the library, – where the chief thing pointed out appeared to be a grease-mark on the floor made by somebody at somebody else’s wedding-breakfast, – and to the chapel, where they admired the ingenuity of the sparrows and other birds that built about Rysbrach’s monumental mountain of marble to the memory of the Duke and Duchess of Marlborough; – and then to the so-called “Titian room” (shade of mighty Titian, forgive the insult!) where they saw the Loves of the Gods represented in the most unloveable manner,[20] and where a flunkey lounged lazily at the door, and, in spite of Mr. Bouncer’s expostulatory “chaff,” demanded half-a-crown for the sight.

[19] Dr Waagen says that the Rubens collection at Blenheim is only surpassed by the royal galleries of Munich, Vienna, Madrid, and Paris.

[20] The ladies alone would repel one by their gaunt ugliness, their flesh being apparently composed of the article on which the pictures are painted, leather. The only picture not by “Titian” in this room is a Rubens, – “the Rape of Proserpine” – to see which is well worth the half-crown charged for the sight of the others.

Illustrations by Cuthbert Bede BA, (Edward Bradley 1827-1889), with numerous illustrations designed and drawn on wood by the author.

The Adventures of Mr. Verdant Green is a light comic novel with illustrations by the author, Edward Bradley, 1827-1889, under the pseudonym of Cuthbert M. Bede. It follows the day-to-day life of Mr. Verdant Green, a first year undergraduate at Oxford University, and became a cult book for Oxford students, published in three volumes between 1853 to 1857. The description of an outing to Blenheim Palace to view the paintings of Titian, Raffaele, Vandyke, Rubens, the Sir Joshuas, and the sculpture of Rysbrach provides continual circumstances for exploitation by the house servants of the Duke and duchess of Marlborough, who fleece the tourists of  half-a-crown at every opportunity.